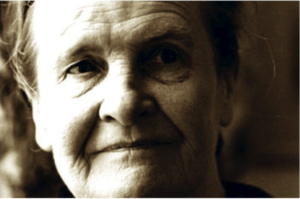 Gertrude Elizabeth Margaret Anscombe was born in Limerick, Ireland 18 March 1919 to Allen Wells Anscombe and Gertrude Elizabeth Anscombe (née Thomas). At the time of her birth her father was serving in the British Army. The family later returned to England where Allen Anscombe resumed his career as a schoolmaster. 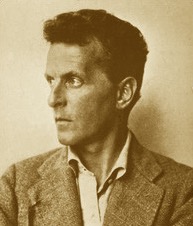 Anscombe attended the Sydenham School, graduating in 1937, and went on to St. Hugh’s College, Oxford. She received a First in Literae Humaniores (Classics and Philosophy) in 1941. After her graduation in 1941 she remained for a while at St. Hugh’s as a research student, later moving to Newnham College, Cambridge in 1942. In 1946 she was offered a Research Fellowship at Somerville College, Oxford and then was appointed to a teaching Fellowship there in 1964. She moved from Oxford to Cambridge in 1970 when she was awarded a Chair of Philosophy at Cambridge—the Chair formerly occupied by Ludwig Wittgenstein. She remained at Cambridge until her retirement in 1986.

In 1938, at Oxford, she met the philosopher Peter Geach. They were both receiving instruction from the same Dominican priest. They were married in 1941. They had three sons and four daughters. 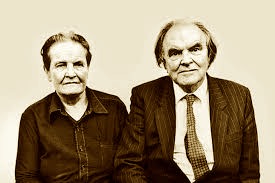 Anscombe did not avoid controversy. In 1956 she publicly opposed Oxford University’s decision to award an honorary degree to Harry Truman, whom she considered a mass murderer for his decision to use atomic weapons against the cities of Hiroshima and Nagasaki, Japan. She also courted controversy with some of her colleagues by coming out in print against contraception (see below). 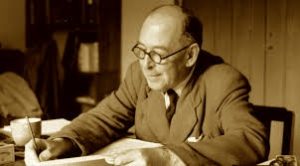 Anscombe continued to produce original work beyond her retirement. Peter Geach, for example, reported in Analysis that she had constructed a novel paradox (Geach 2006, 266–7).

Anscombe died in Cambridge on 5 January 2001.