“The Ethics of Nuclear Deterrence” 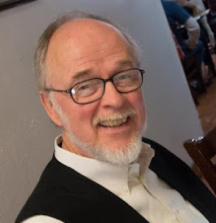 James Hanink is the President of the American Maritain Association, Contributing Editor for the New Oxford Review and Formerly Professor of Philosophy at Loyola Marymount University, Los Angeles, California, USA. He has lived and taught in Los Angeles, California for over four decades. His undergraduate degree is from St. Mary’s University in San Antonio, Texas. He holds a doctorate in philosophy from Michigan State University. During the war in Vietnam, he served as a conscientious objector in an ecumenical ministry to migrant farm laborers. He and his wife Elizabeth have six children and six grandchildren. They have long been active in pro-life.

“Intention and the construction of society: moving forward Anscombe’s rediscovery of moral intentionality” 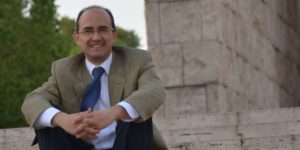 Juan A. Mercado. Earned his MA in Philosophy at Universidad Panamericana (Mexico City, 1989) with a dissertation on Aristotle’s induction, and got the PhD at the University of Navarre (Spain, 2001) with a thesis on Hume’s philosophy of belief. Has been Associate professor of History of Modern Philosophy (2002-2014) at the Pontifical University of the Holy Cross (Rome). He became Full Professor of Applied Ethics in 2014 at the same University. Is Visiting Professor at IPADE Business School and Editor-in-Chief, of the International Journal of Philosophy “Acta Philosophica” since September 2017. In 2008 chaired the conference “Elizabeth Anscombe’s Intentionand the Renewal of Moral Psychology.” In the same year founded “Markets, Culture and Ethics Research Centre”, with Martin Schlag. In 2010 edited the book Elizabeth Anscombe e il rinnovamento della psicologia morale, Editrice Armando, Rome. Edited and co-authored the volumePersonal Flourishing in Organizations(Springer 2017). Wrote chapter 1: “How Close Are Contemporary Ideas on Human Flourishing and the Classical Philosophy of Man?” (pp. 11-35), and chapter 4, with Luis M. Calleja of IESE Business School: “Institutional Ethics as a Condition for Personal Development” (pp. 69-89). He also edited and co-authored the book Business for Good. Perspectives for a more Humane Economy, EDUSC, Rome 2015. In the last years, he has been leading seminars for professionals on leadership and virtue ethics in different countries and teaching courses on the field of philosophical anthropology and contemporary psychology. 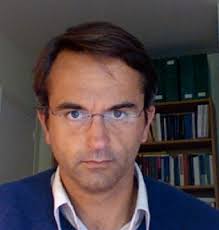 Cyrille Michon is Professor of Philosophy at the University of Nantes. Having taught medieval philosophy, he now works and publishes in metaphysics (mainly on free will), philosophy of action and philosophy of religion. He has translated Anscombe’s Intention into french (Gallimard, 2002). 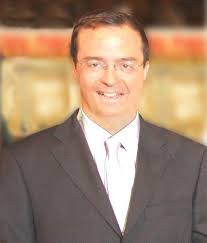 n Waters, Irish writer and journalist, was born in Co Roscommon, in the West of Ireland, where he grew up in the town of Castlerea. His first book, Jiving at the Crossroads (1991), about the cultural underbelly of Irish politics, became a massive bestseller and was reissued by TransWorld in 2012. His other publications include Race of Angels (1994) a study of the roots of U2’s music in Irish history and culture. He has written two books about the religious and spiritual imagination of modern Ireland (such as it is), entitled Lapsed Agnostic and Beyond Consolation (On How We Became too Clever for God and Our Own Good), He is currently completing a third book in this series y, provisionally entitled Men Without Chests.  His book, Give us Back the Bad Roads, has been published in October, 2018. His award-winning plays include Long Black Coat (1994) and Easter Dues (1997). He is also a songwriter and secret musician. He has a daughter, Róisín, and oscillates between Dublin and Lislary, Co Sligo, close to where his father was born in what is nowadays known as Yeats Country. He married Rita Simons in December, 2014. His official website is: www.johnwaters.ie.